Treating Kyphosis with a TLSO Brace

Kyphosis is a condition where the thoracic spine curves forward at an angle greater than 50 degrees. The medical term is hyperkyphosis but it is commonly referred to as kyphosis.

The greater the amount of forward curve determines the severity. A minor amount typically does not have many negative effects while a severe amount of curve can be painful and cause physical deformity.

There are braces designed to assist with the treatment of kyphosis. These braces are referred to as Thoracic-Lumbar-Sacral Orthosis (TLSO). We will explore kyphosis and the use of a TLSO brace during therapy in this blog article.

Postural kyphosis does not usually result in pain or disfigurement. It is typically caused by poor posture or slouching in adolescents which results in a hunched over position. In adults, poor posture can cause an abnormal spinal curve but it is also attributed to other degenerative conditions such as osteoporosis.

A patient with postural kyphosis can stand erect, with or without assistance, straightening the thoracic spine to a normal position. This is referred to as a flexible curve of the spine.

The Aspen Active™ Postural-TLSO is a lightweight, adjustable brace designed to address the symptoms associated with poor posture often due to prolonged use of electronic devices/technology. While actively influencing a patient’s posture, the brace provides gentle support while activating postural stabilizing muscles. This product helps train the body to hold neutral posture by concurrently stretching and strengthening the structures that have become tight and deconditioned over time due to poor posture. 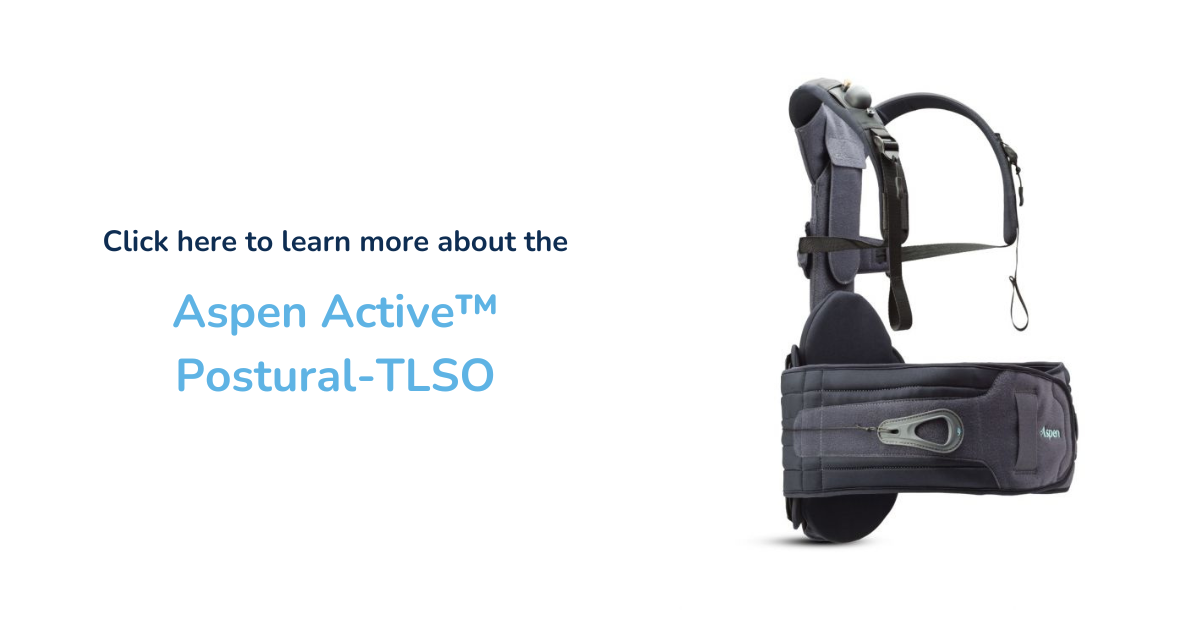 This type of kyphosis can be severe and painful. Scheuermann’s Kyphosis is caused by the vertebrae having a wedge or trapezoid shape instead of the typical rectangular shape. The wedge shape forces the spine into a rounded shape because the vertebrae curve forward.

Areas of the spine with irregular shaped (wedge or trapezoid) vertebrae are inflexible. This results in a stiff spine with a hunch shape due to the angular curve. The lack of flexibility can be painful during activity, or when sitting/standing for an extended duration of time.

Scheuermann’s Kyphosis is named after the Danish radiologist who first described the condition.

Congenital kyphosis is present when a baby's spine forms incorrectly in the womb. The condition typically worsens over time with growth. Surgery may be elected to correct the condition at a young age but can become complicated at later stages of development.

If you are experiencing some or all of the following symptoms it is advisable to see your doctor for a physical exam.

Your doctor will likely take a standing x-ray of the spine during your visit. This will assist them in determining if the thoracic spine has a forward curvature that exceeds the normal range. The measure of the spine curve can be determined from the x-ray assisting with a diagnosis. The x-ray can also show disc fractures, osteoporosis, or other degeneration which is contributing to the condition. A CT scan may be ordered which provides greater detailed images.

The Adam's forward bend test may also be used to diagnosis kyphosis by your doctor. This test is performed by bending forward at the waist with the feet together. When viewed from the side, your doctor can see the severity of spinal deformation. The test will show if the spinal curve is rounded or angular. A rounded curve is typically related to postural kyphosis while an angular curve is age-related or Scheuermann's kyphosis.

TLSO braces are used to correct the postural condition contributing to kyphosis. A TLSO brace places the user in an erect posture. This helps train users who have postural kyphosis what it feels like to have proper posture. The brace will be a physical reminder to remain erect and not slouch. 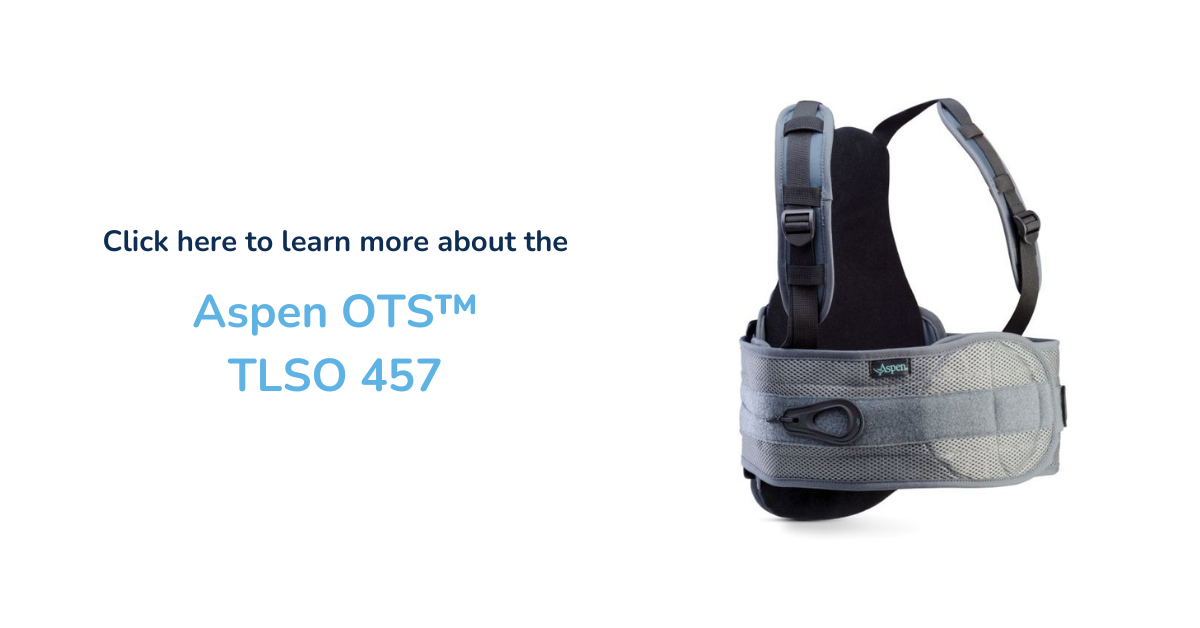 Physical therapy is also important when treating kyphosis. A physical therapist will work with your doctor to determine the appropriate regimen. The regimen can include stretches, core strengthening exercises, and how to stand or sit with proper posture. The goal of physical therapy is to strengthen the core, increase range of motion, and increase flexibility which will in turn improve posture.

Over-The-Count (OTC) Nonsteroidal anti-inflammatory drugs (NSAID's) such as ibuprofen and aspirin may be recommended to help reduce pain. Consult with your doctor about what NSAID should be taken, the dosage, and duration.

While a TLSO brace will not permanently correct Scheuermann's kyphosis, it can aid in posture and halting further progression when used with physical therapy.

When you're ready to order a brace or need assistance making a choice we're here to help. You can reach us at 866-712-0881, send us an email, or fill out a contact form.

Does Medicare Provide Coverage For a Knee Brace?

Choosing the Right Back Brace to Help Treat Sciatica

Braces and Products Covered by Medicare

Enter your ZIP Code to determine if you are in a location where we provide bracing products as a Medicare covered benefit.